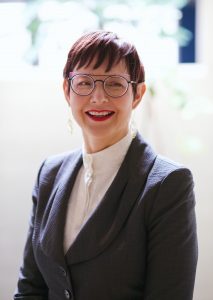 “Portland has rested on our laurels and our history of progressive governance for decades without making the meaningful changes necessary.“

Throughout my mayoral campaign, I’ve been prioritizing tackling three overlapping issues: our housing affordability crunch, staggering wealth inequality, and acting with urgency on the climate emergency. Portland has rested on our laurels and our history of progressive governance for decades without making the meaningful changes necessary to address these interwoven crises with real action.

Throughout my months campaigning, I have outlined a comprehensive Green New Deal for Portland, a Housing for All platform, and a Rethinking Public Safety plan alongside a Good Governance framework to reform the city’s governing structures to achieve our goals. I have been able to propose these initiatives because while my opponents are taking big checks from downtown businesses, out-of-state corporations and developers, I have capped my donations at $250, and received over $1800 donations with an average size of $30.

After four years, as I reflect on the completion of my first term in office, I hope we are eagerly reflecting on demonstrable, quantifiable successes, including:

I have released numerous, extensively detailed policy proposals describing what I intend to achieve as Mayor.

In my former career I was a professional pastry chef working in some of the best kitchens in the best food cities across the country, including New Orleans. The restaurant I founded here in Portland was featured on Diners, Drive-Ins, and Dives with Guy Fieri (and if you stay up late, you can still catch the episode from time to time). In addition to Guy, I’ve fed a number of celebrities including Sylvester Stallone, Lawrence Fishburne, Mel Tillis, and Dr. Dre.