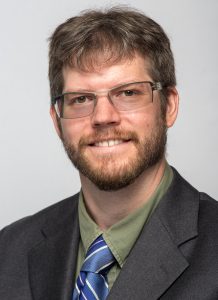 Portland is among the most environmentally friendly cities. However, Multnomah ranks among the worst 1% of counties nationwide for diesel particulate exposure – the worst airborne carcinogens according to California risk assessments. DEQ still does not regulate stack emissions. My public records requests for Portland area industrial air polluter data succeeded with eight agencies. All of these records went online for public access for the first time due to this citizen action.

I work with 41 Portland Neighborhood Association boards to inform the public and negotiate with industry for the installation of smokestack filters. Eight industries have installed control devices to mitigate or end their pollution problems since Bullseye Glass. Most of these were voluntary due to citizen action. I’ll make sure the city council is doing its part on wood smoke, demolitions, and restaurant pollution. The city council should be more vocal even when preempted by Oregon.

A successful term would entail implementing more robust controls to reduce pollution at the city level. For example, by creating a Nature’s Trust chapter in the Charter to treat nature as an enforceable public trust, making unfiltered diesel trucks illegal, and working with power companies to transition folks off wood burning during the winter.

I think you would be surprised to learn that I like to go on a 40-100 mile bike ride whenever I get a chance with friends. I have biked to Boring and Mt Hood. We frequent local café’s, and they know us as those crazy cyclists who biked from Portland. I also biked all around Oregon, a 1500 mile bike ride over four weeks. I enjoyed speaking to the locals about the issues that matter to them while campaigning for Oregon Secretary of State in 2012.