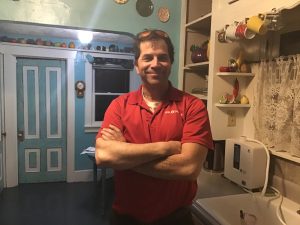 We are in a climate crisis.  As Commissioner my priorities would  helping move Portland in the right direction by implementing  limits on single-use plastics, shifting our automotive fleet off gas fuel, composting food waste, converting methane at our sewage treatment plant to renewable natural gas, and maximizing our use of nature rather than pipes to manage Oregon’s plentiful rainwater.

A climate change also necessitates funding and emergency planning for civil protections from flooding, agricultural failures and earthquake and electrical grid preparedness has got to be our number one priority.

My biggest concern is the seriously declining Honey Bee Populations nationally. This could  make the foods we need completely unavailable. Working together I believe Portland can be instrumental in leading the nation in changing the Whole Pollinator dynamic.    I have a solution that I would like to promote as Commissioner of Parks and Recreation: The Wildflower and Mason Bee Revolution!

This is the idea I would like to see all of Portland make successful.  It saves money, it saves Bees, it save soils, All bees need food. As Commission of Parks and Recreation I would like to see Our urban grass fields , turned into Wildflower Meadows until Bee populations can be restored,   The Bureau would save on Grass seed, Grass cutting, herbicides and Pesticides which are devastating our Bee population in the first place!

I would consider restoring Bee Populations to year 2000 levels to define success for my term in office.