You might not know by looking at it from the outside, but inside the old Northeast Portland Craftsman home that houses Green Hop, a new cannabis dispensary, a quiet revolution is taking place.

Led by co-founders Karanja Crews and Nicole Kennedy, two public school teachers who both grew up in Northeast, Green Hop touts itself as the nation’s first hip-hop dispensary and one of the few black-owned dispensaries in the city.

The legal marijuana industry is one of the fastest growing industries in the country, yet only one  percent of dispensaries are black-owned. At the same time, the vast majority of those who have served time in prison for marijuana charges are black, and their numbers nationwide reach into the hundreds of thousands.

It’s this disconnect that Crews and Kennedy have their sights set on fixing and, as you might expect from a pair of teachers, they are tackling it the only they know how: through advancing education and promoting opportunity.

To that end, the pair formed the Green Hop Academy as an offshoot of the dispensary with the goal of building an apprenticeship program that will train the next generation of African-American youth in the industry. 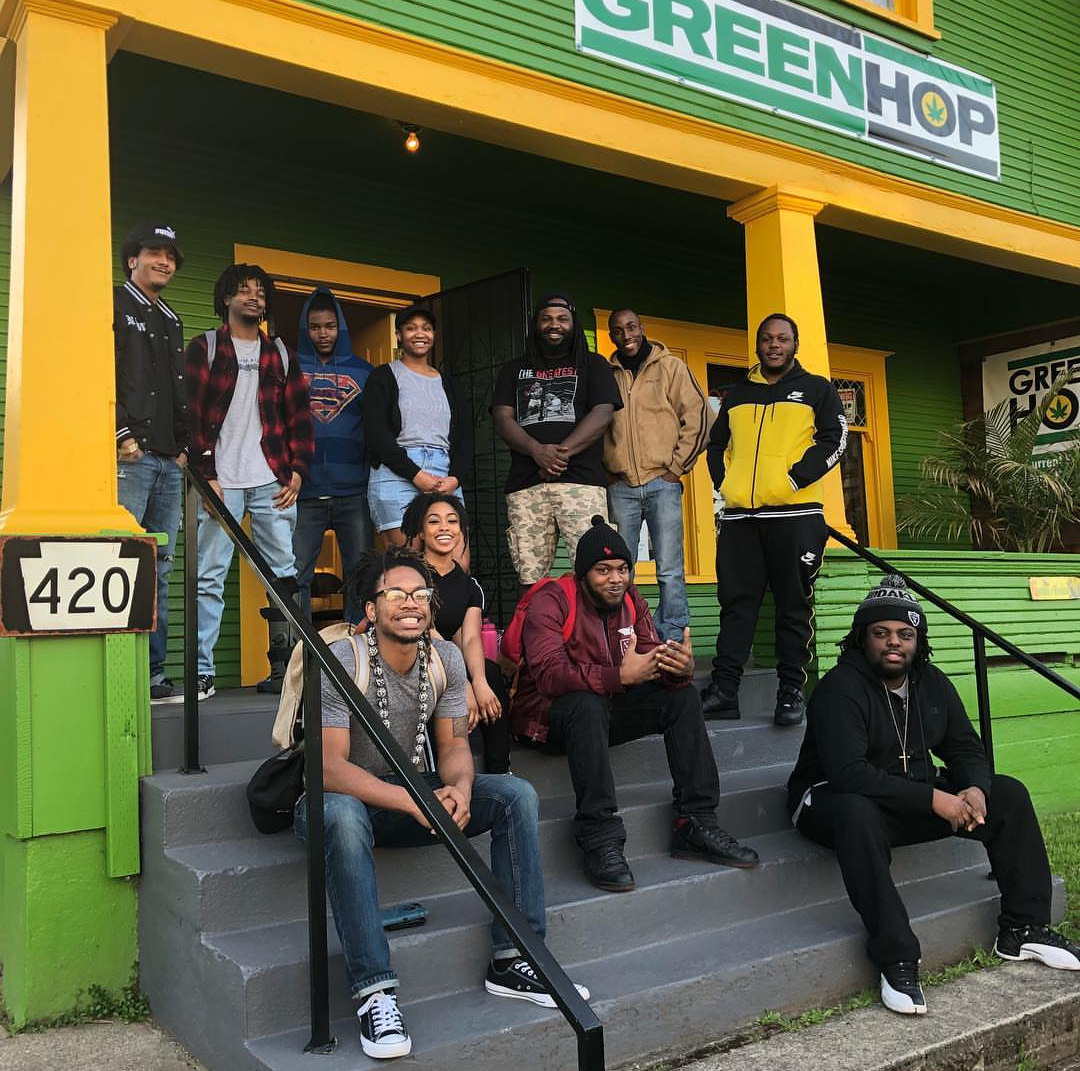 In partnership with other cannabis businesses, they will identify and place promising young people into various corners of the industry, and give them the tools they need to succeed in an increasingly competitive industry.

“Being that gateway for people to come and to ask questions and for it to be okay to learn and to not know everything [about cannabis] is a huge piece for bringing more people of color in,” Kennedy says.

Their efforts are paying off: they were recently awarded a grant from the city of Portland to administer their program and on June 16th, Tupac Shakur’s birthday, Green Hop held a ribbon-cutting ceremony to celebrate their grand opening. At press time, their attendance sheet was impressive and listed City Commissioner Amanda Fritz, Mayor Ted Wheeler and Congressman Earl Blumenauer as attendees.

Clearly, Crews and Kennedy are filling a need, and getting noticed: “Green Hop’s mission to promote community health and wellness, and increase economic opportunities for people of color is something the City of Portland wholeheartedly supports,” said Mayor Wheeler in a press release.

As they gear up for the grand opening, Crews and Kennedy are focusing on the day-to-day struggles of running a business, especially one with so many twists and turns. With annual licensing costs for a cannabis business exceeding $10,000, the hustle to stay afloat is neverending.

But it’s all worth the struggle to build a business in the community that they grew up in and to create opportunities for others. That is, after all, what teaching is all about.