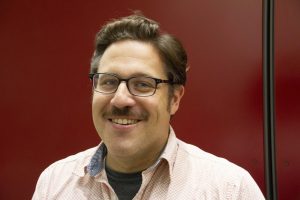 “The floor is falling out. People don’t have a place to land anymore when they used to have a place to land. The rent is going up faster than your wages are, and your wages aren’t starting from very much in some cases. And when you’re in that situation, if your car breaks down, your kid breaks his leg, you gotta miss work, maybe you go through sick time, start losing money, the car, hospital bill…all that stuff adds up. You could end up in a shelter, you could end up in a tent, you could have a partner who spends the money they’re not supposed to spend and then you’re a mom with her kids and you’re outside.

We’re all a tragedy, a paycheck away from not having somewhere to go or a support network. It’s easier to think less of those that are in that situation as a way to protect ourselves from the reality that it could be us.

“We’re all a tragedy, a paycheck away from not having somewhere to go or a support network.”

We see about 6,000 people a year who come in for first time rent assistance or eviction prevention. The number of people continuing to use that service after they first receive it – that number is going up. It tells you something about the housing market. And once we place people into housing, we know how many people we’re still giving retention services. And that number is going up also.