The restrooms at Fernhill Park have been called many things, but beautiful has never been one of them. Thanks to a team of artists from Beaumont Middle School, that is no longer true.

“Ubumwe,” as the piece is called, means “come together as one” in Kinyarwandan, the first language of contributing artist Dan Gashabuka. The mural project is a partnership between the young artists – all current or former students of Beaumont art teacher Lindsay King – and the Concordia Neighborhood Association (CNA), with a grant from the Northeast Coalition of Neighborhoods (NECN) and support from the Northeast Portland Tool Library, Miller Paint and Graffiti Removal Services. 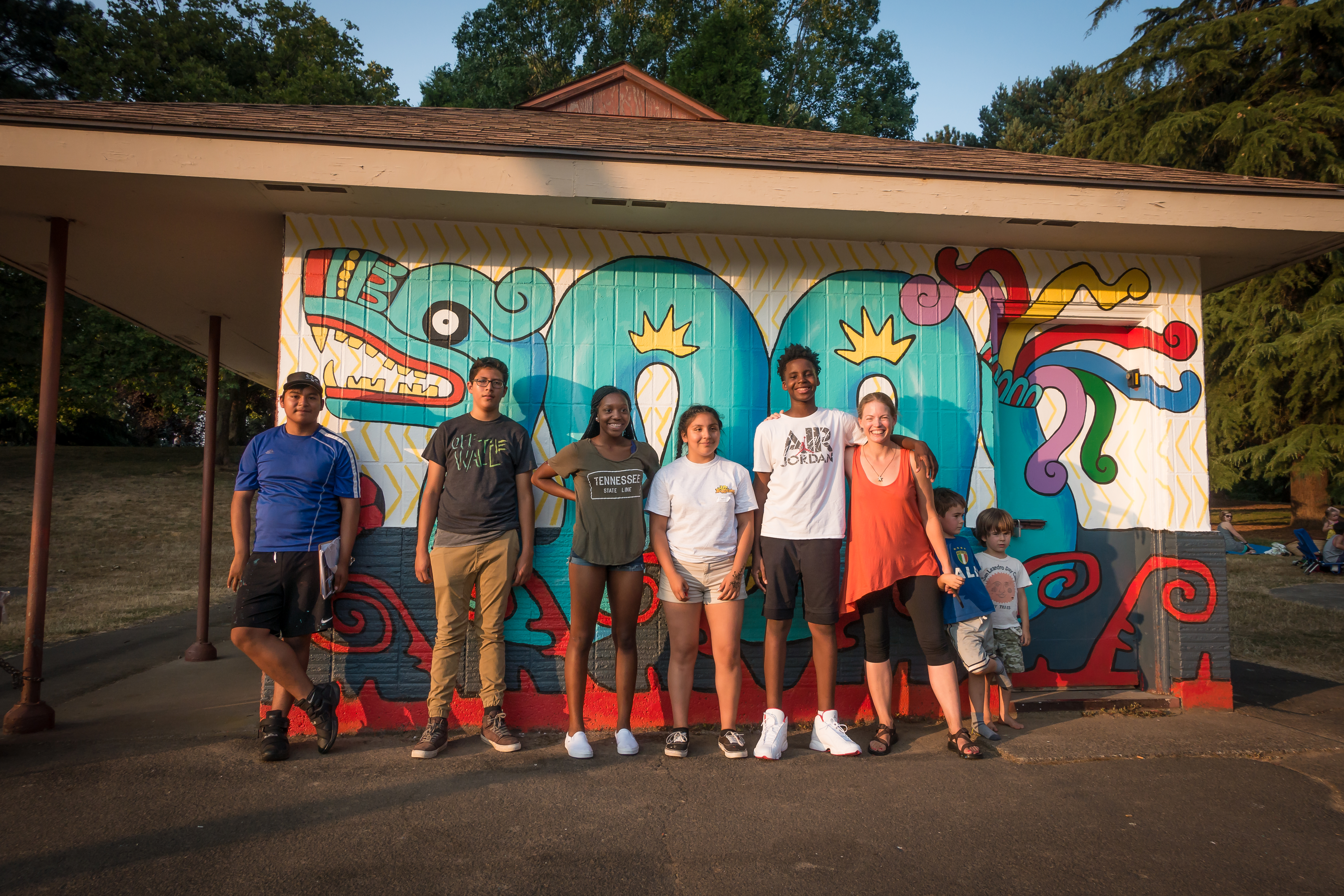 In addition to the cost of the mural, the grant pays the artists a stipend. “That’s helpful,” said Madyson Roach. “I have little brothers and sisters, my mom’s a single parent, so that can help her.” The artists will also receive a letter of recommendation from Lindsay to add to their résumés.

“This is something to represent us.”

Since winter, the team has journeyed down the path of conception, permitting and funding to bring the project to life. 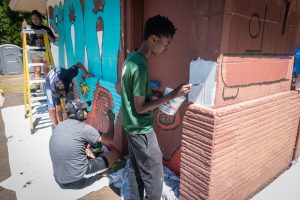 “I wanted them to be introduced to the process of getting a community project done – how to build partnerships and ask for things, to advocate,”

Lindsay explained. The students made presentations to the CNA and NECN boards to win support and funding for their vision. Final approval from the city came just in time to complete the mural before its dedication at the Aug. 4 National Night Out celebration at Fernhill Park.

At that dedication, several of the artists stood onstage and spoke to the audience about the meaning of their work, as a beaming Lindsay looked on.

Each mural section contains imagery of cultural significance to the artists, including a fist and feathers from African American and Native American tradition, wedding baskets from Rwanda, Jeepney public transports from the Philippines, and a plumed Public mural serpent from Mesoamerican spiritual tradition. 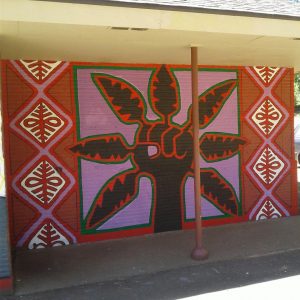 For artist Paul Vasilatos, whose family has lived in Concordia for more than 50 years, the long process has been worth it. “This has been more complicated than I expected,” he said.

“I was really scared to go to the meetings and talk to adults, but it turns out they liked it and now we’ve done it. This is something to represent us.”

Brian, a native Northeast Portlander, is a freelance journalist living in Beaumont-Wilshire. In addition to writing, photography and videography, he enjoys flying, cycling, backpacking and studying local history. Reach him at BPBurk@gmail.com.