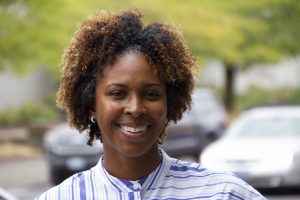 Karis Stoudamire-Phillips might not sleep. As a mother of two boys, the Director of Corporate Responsibility at Moda Health, and the wife of a traveling musician, she would be forgiven for sneaking away for a nap in her spare time.

Instead, she uses that time to be an active community member, whether through her participation with the Boise Neighborhood Association, as a member of the North/Northeast Oversight Committee which oversees development in the inner-NE core, or any of the countless boards she sits on.

She is a proud, lifelong resident of Northeast who is not afraid to be a voice for her community.

I’ve been a part of the Boise Neighborhood Association as long as I can remember. When I moved back here from college in 1998, I started going to the meetings and we were talking about doing something in the community to bring people together.

At the time, Mississippi was pretty run down. There had been a period where we had block parties all the time, but when drugs, gangs and crime crept in, that kind of stopped. There just wasn’t a lot of community unity at the time.

What hatched out of that was the Mississippi Street Fair. It was very grassroots, very community, like people who live/work/play there community. It was small, but it was nice. What it is now is not community, it’s… commercial.

“You have to make the effort. no one’s going to come find you.”

On Northeast Back In The Day:

People knew each other. I loved to go to the Fred Meyer on Killingsworth and knew everyone that worked there. When you walked around the store it was like a family reunion. I miss that social aspect of our community and no matter where you went you saw somebody you knew.

Even though there was a lot of good and bad back then, everyone still watched each other, everybody still had each other’s back.

On the North/NE Oversight Committee:

I feel like [Prosper Portland] is trying, they’re being diligent, but they have an uphill battle. There’s some people in the room that are willing to give them a chance and some people just aren’t. Which is okay, you gotta have all sides.

Prosper is going to have to do more, though, they’re going to be pushed more than they want to. But I do think they’re doing the right thing by involving community in the meetings, creating committees and having more of a public process. But you gotta help people understand the process. If you invite the community, don’t expect them to be where you are.

You gotta have a seat at the table, you gotta go to the meeting. You have to get off the wall and just go in. When you see an opportunity, grab it. At a certain point, people see you’re interested, engaged, that you do have something to say. You can be a squeaky wheel, that’s okay, but at a certain point you have to be a problem solver. You have to make the effort; no one’s going to come find you. 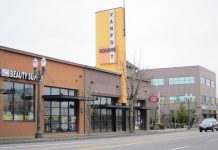