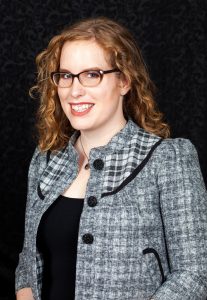 “We must enact a climate emergency to put the issue into perspective.“

The most pressing problem facing Portland is our city government’s inaction on climate change. We have children and adults alike marching through our streets demanding climate action yet the council avoids taking real action to address this crisis. Portland should be leading the nation in climate policy. We must enact a climate emergency to put the issue into perspective.

We must reject the expansion of the I-5 and implement a congestion tax to disincentivize auto use. The city must use this money to expand public transit and eliminate fares to make the city more accessible without a car. Our 100% renewable energy goal as a city needs to be shifted from 2035 to 2025 forcing the city to take immediate action. Housing policy is climate policy so we must support Residential Infill Projects to reduce land use and create 15 minute neighborhoods.

A successful term in office will encompass direct climate action, expanding tenant protections, empowering workers & unions, and increasing community engagements throughout Portland. We must bring City Hall to the people by going into their communities rather than expecting them to come to us and these engagements must be required 4-6x a year.

A successful term would also include frank conversations on privilege and access in Portland’s political sphere to address the issues that women, BIPOC, and working class candidates face when running for office. Lastly, a successful term will address disability rights and the lack of accessibility this community faces with our current infrastructure.

I was adopted at birth but ended up being raised by my biological mother. My mother was young and decided to allow my godparents to adopt me. I was named by my godparents and lived as their daughter until I was 9 months old. My mother was able to reverse the adoption and I grew up with her the rest of my life. My mother could not afford to change my adopted name so I kept that name until last year when I had a legal name change to the name my mother chose for me before I was adopted.