HN: Tell us about your coming to Portland:

DD: We are University of Montana graduates, my wife is an Irish immigrant. We came to Portland in 1984, starting in an apartment in NW Portland. When it was time for us to start a family, we moved over to NE Portland, the best place to be.

HN: Tell us about your blog:

DD: It is called Alamedahistory.org and although it has the word Alameda in it, it is really about the life of old houses and buildings. The premise of the blog is to connect the past, present and future, of the homes and buildings in our neighborhood. There are layers of history around us that we really don’t know much about. When we can access them, appreciate and understand them…it builds a bridge backwards and forward. It actually builds community at the same time. So there are photos, maps, stories…I have done oral history interviews with quite a few elders in this neighborhood. 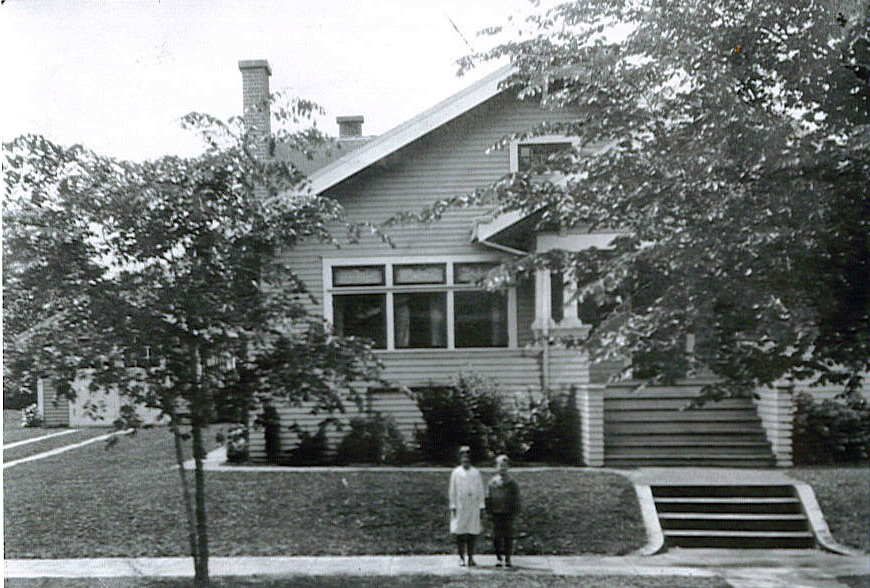 HN: Can you speak to the way you connect to your neighbors around the blog?

DD: The blog started when we did some restoration to this house. A few summers back, we took the front of the house off and built it back to the way it was in 1912. In the process of doing that, I wanted to explain to those walking by what was going on in this process. So I put a little interpretive sign outside, and my wife and I spend a lot of time on our front porch in the summer. Everyone who came and was interested, had a question or wanted to tell their story of their old house.

HN: Can you speak to the differences in design, character and how people connect, between the newer developments and some of the older homes that exist in our area?

DD: There are pros and cons. As we look at what is happening in terms of the infill development and higher density in our neighborhoods- we need to find efficient ways to use that space, that will bring people together. We have lots in the neighborhood, particularly corner lots, that were single homes that are now featuring 2 homes that are attached. And so there is more multifamily. The neighborhoods were probably not designed with multi family in mind and that is going to create transportation issues.

“I appreciate development that respects the past as opposed to ignoring it.”

I think from a historian standpoint, there is a character standpoint around the neighborhoods that were built here around 1910-1920. That was a big growth period when these neighborhoods were built. The design of those houses, have a look and a feel, it’s all sourced from Northwest lumber. In my view, the best of the new construction uses materials that again, are from the Northwest wood as opposed to glass and steel. Also where there is a sensitivity to scale of the design features.

What is particularly troubling for me is the significant scale-up of new construction. At one time you had a 1500 sq foot bungalow and now it is 3 story lot-line to lot-line monolith. This changes the historic character of the neighborhoods and brings transportation issues as well.

I appreciate development that respects the past as opposed to ignoring it. Whether through the choice of building materials, design, scale, how a building sits on a lot- those are intelligent choices that will help over the long term. While they may not be adding to someone’s bottom line they are in the best long term interest of the neighborhood.

I know there are homes with cracked foundations and various problems that are going to be cost prohibitive to deal with. But that doesn’t mean what goes in its place, should be ignoring the neighborhood around it.

HN: Any design changes in architecture when the neighborhood changed around the establishment of Vanport?

DD: There was definite a change around the war. The big houses on the east side, many were portioned into apartments to make rentals available to those who were coming to work on the ships during WW2. There were houses that were designed for a single family that were turned into multiple family apartments. I know that in my house that there were borders here an additional kitchen downstairs, that was a common.

You can look at the 1940 census, around the time of the economic depression. Many houses were turned into boarding houses. That wasn’t a design consideration at construction, but a renovation driven by economics and the need to accommodate so many people. Many of these houses have returned back to single family occupancy.

HN: In your research, what particular historic feature in our neighborhoods you would like to highlight- what are your favorites?

DD: I think it is fascinating to look at mom and pop groceries. Portland’s grocery shopping patterns changed dramatically in the 30s and 40s. I counted over more than 800 mom and pop grocery stores in Portland in the 1930s. That is hard to believe, these are small shops, run by a family. As you walk around the neighborhoods, you may see what looks like an old store but is no longer, and it just echoes…of the families that ran those stores, lived upstairs and became gathering locations for our community. Where people met each other and exchanged ideas and goods. It’s where people looked for each other.

I think being sensitive about those places- they are everywhere on the east side and as a challenge- go find your mom and pop grocery, they are here. On Wygant and 23rd, just north of where the old Vernon school sat- there was an old house and storefront, and can still be seen on Google street view. There is another on 27th and Going that I have featured on my blog.

The other feature I like are the gulches- inner eastside, near Weidler, Broadway, grand and 3rd st. Down where the hardware store is now, and the streetcar goes to the Coliseum- that whole area was not flat. It was bisected by many different gulches. A landscape does what it does to move water- it leaves gullies- and they were deep. There is still one left by the Portland Public Schools building on Dixon. That is one that wasn’t filled. You can look up and still see that gully- that whole area was was a wild.

The things that we take for granted about what we think we know about today, as we travel through a neighborhood- I like to turn the mental clock back and imagine what a landscape was like. There have been so many changes there. I think about that every time I pass thru there. It had its own character. 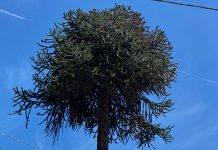 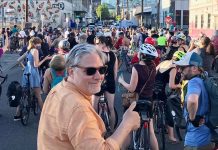 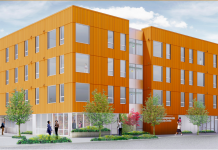