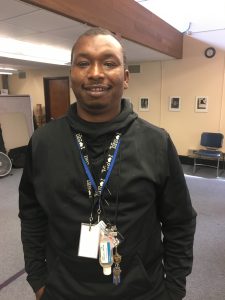 Shawn Penney loves Northeast Portland. In fact, he loves it so much that he’s dedicated his life to making it better.

As the president of Good in the Hood, the organization behind the annual festival of the same name – as well as a parent coordinator at Self Enhancement Inc. – the guiding mission for his extensive work with youth in the community comes down to two words: education and opportunity.

This passion for helping others realize their potential stems from experience and tragedy. As a third-generation Portlander, the grandson of a Texan pastor who arrived here looking for work in the railyards, Shawn grew up in Northeast at a time of transition and struggle. During the 1980’s and 90’s, gangs were prevalent in the neighborhood, and Shawn saw the repercussions first hand.

“I counted sixteen toe tags,” he says. Sixteen friends of his; sixteen families devastated; sixteen futures cut short. Two of those toe tags were his brothers, and the tragedy of losing them changed his life. He kept the tags as a souvenir of sorts, a grim reminder of the high stakes of the streets.“Losing my brothers,” he says, “gave me a direction in life in how I wanted to make an effect on kids growing up.” All this conspired to create a sense of mission and urgency in his life that he carries with him every day.

After twenty years in the corporate world as a District Controller at Waste Management, he took an early retirement and became the president of Good in the Hood, the long-standing annual celebration of the black community in Northeast Portland. Under his leadership, it transformed from being an annual celebration into a more holistic organization with a focus on outreach and creating opportunity for youth. 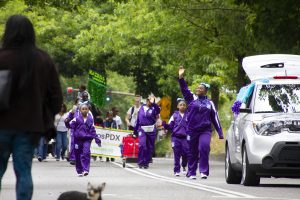 In addition to the annual parade, the Good in the Hood organization now gives out eight scholarships every year to aspiring graduates and holds free health screening events for the community.

The list of Good in the Hood’s sponsors and partnerships is long, and growing. “The goal is one hundred scholarships,” he tells me. “Every year we’re trying to bring in more schools for scholarships, and businesses to place those new graduates in.”

The road hasn’t always been easy. Last year, Good in the Hood received racist death threats prior to the event that nearly shut the festival down. But Shawn made the call to keep the event moving, and the whole city rallied to the cause, culminating in one of the largest turnouts in the organization’s history.

But he’s not dwelling on last year. His eyes are looking forward and, like the basketball coach that he is, he’s thinking about the next game, and the game after that. The truth is, there’s really only one game that he’s playing:

“Seeing people reach their success,” he says. “If I can help a kid graduate and go to college – or help a family pay their bills or get resources – that fills my heart. Community is what it’s about. Helping neighbors and strangers feel good. It brightens my heart when I can make someone happy.”

As for Good in the Hood: “Nothing’s changed. We want to make it better. Keep going forward, getting stronger day by day, building a foundation.” 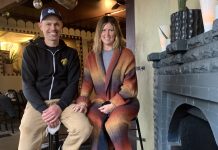