I fell under a spell for the past six years of living in this city, blind to what was occurring under my feet. I walked to school every day during junior high –same path, same neighbors, same life. One day, I noticed a peculiar sign hung from the gate outside a blue house on my route: “Intent to Demolish.”

Months passed as the sign became nothing more than a familiar object to me, until out of nowhere, the house was gone. Then, for the next two years, I watched as two beautiful, but alien houses were erected — more manufactured than the clothes on my back. It never occurred to me that my part of the city, the landscape of my childhood, would fall victim to gentrification.

I was born at Legacy Meridian on December 12th, 2001. Sixteen years later, I have involuntary lived in eight different homes, from the coasts of Astoria to the more recently contentious lands of North Portland. From apartments, to a bed & breakfast, to a cookie-cutter house, my willingness to leave behind a history, a footprint, even a life,  and migrating to a foreign home is now second nature.

“If you are not already in a good place, you are just going to keep going lower.”

When tackling displacement through the lens of Portland, a city often considered a liberal safe haven, we must recognize the steady foot of racist tendencies and practices. In writing this story, it became too suffocating to internalize my experience as I knew it could not be singular. The issue is past its infancy but still plagues us with its effects. Throughout this process, I have moved into a more developed understanding of how gentrification is an issue expanding past just race; welcoming new avenues of privilege, gender, and opportunity. 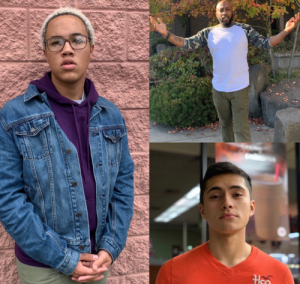 On Thursday afternoon, I sat down with Royal Harris, a second-generation Portlander, at Elevated Coffee, a black-owned business on MLK. We started the conversation by talking about his roots in Portland. When posed with the question of defining gentrification, he stated that we must look at gentrification as a tool; in order to remove the pathos from the dialogue.

“When looked at in a purely economic or business space, it is the ability to see opportunity in a neglected environment and change it around for the better. If Black people could afford these neighborhoods, there would be no claim or uproar about the aesthetic or the changes. Portland has become a national city. Part of the growing pain is the highlighting of disparities and inequities.”

From that interview, I sat down with a young man by the name of Jaime Delara, a senior at Roosevelt High School, and a Portland native. Jaime recently underwent an experience that forced him into a cohort of many, including myself. His landlord was selling the house that he has lived in for the last 10 years of his life. His story brings an aspect of living in the US that many can relate to. Jaime is a 17-year old Chicano boy who doesn’t want to be a statistic.

“If you are not already in a good place, you are just going to keep going lower. Do you think that it is possible for those who are not economically advantaged to get up? There are no stepping stones in place. Gentrification only makes the rich, richer. I have stayed here because of family and my roots to this city. I don’t know any other city.”

I never thought I could come to a consensus on the topic of gentrification. I participated in the PLACE summer program at The CENTER. PLACE is a summer program that consists of breaking down the history and narrative of urban renewal in Portland. Through such a program and my own research, I grasped the idea of gentrification and the physical effects it has. Some people don’t even have the privilege to ponder such thoughts. America is my playground and I will continue to poke and prod at its’ systems.

Reprinted courtesy of I Love This Place PDX, a CENTER youth project. 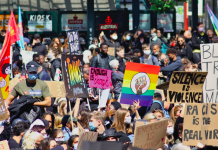 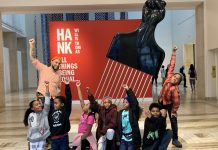 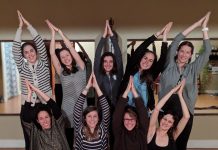